But here we were, in Hope, Arkansas at the NPS Boyhood Home of Bill Clinton. We were the only people there; a volunteer took us into the house and we were clear that we did not want him near us. It worked. We watched a video in which Clinton spoke about his childhood, how his grandparents treated people, how if you wanted to be a good storyteller, you had to be a good listener, about how caring for people was the right thing to do.

We purchased the obligatory coffee mug and headed off to find some diamonds at Crater of Diamonds State Park in Murfreesboro.

Inside the visitor center, we asked how much it was and told the lady we would set the money on the counter. We don't want to be in her space.

Apparently, everyone else thought that it was a good day to hunt for diamonds as well - after all, it had just rained making surface searches easy. We bought some gloves and a small trowel and headed out into the mud! 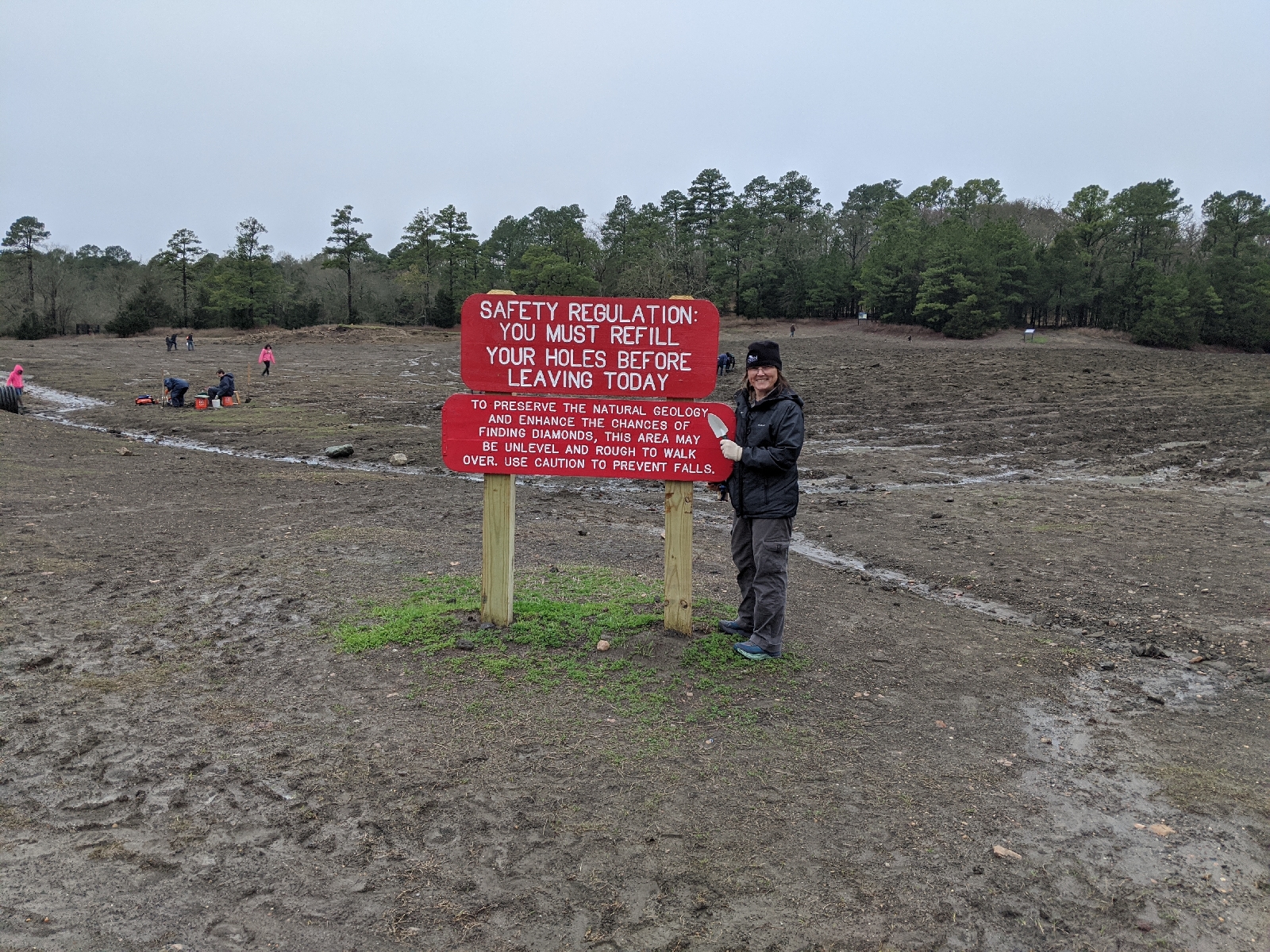 And there was a LOT of mud. Plenty of space to avoid people...especially when you walked WAY out to where it was so muddy that your feet got sucked down into the mud a good 6." Fortunately, they had an excellent cleanup area and high pressure hoses!
So far, even though the germ aspect of the trip had us freaked out, we were still able to navigate people without a lot of concern. That was about to change.

We were headed to Hot Springs National Park and were staying at a really old hotel called the Park Hotel. It was old (some would say historic). It was off the main street, there wasn't anyone around and in fact, I'm not sure if there were even any other guests...we didn't see any. Our room was plain and heated with an old time ceramic heater. The window looked out onto the one way loop road that wound through the park; being up on the 3rd floor, we had a nice park view.

It was still early, so we headed off for a walk to the Hot Spring National Park Visitor Center. Once we got off the path and onto the sidewalk, we were astounded at how many people would get right up close if you were not careful. We were constantly asking people to give us space. Finally, I just decided to tell folks I'd just come from SFO and that I wanted to give them space so that I didn't expose them to anything. That went over a little better.

Once in the visitor center, the park ranger told us that all tours were cancelled for the following morning due to the new 10-person group limits. She handed us a self guided tour map and we walked through a portion of the Fordyce Bath House -- we skipped the upper and lower levels -- too many people on the stairs. At that point, we took a long walk down a side street to figure out our course of action. This was the first place where we had really encountered people who had no idea of what they were in for given their behavior. We called the rental car place and decided that afternoon that we would be re-routing our trip and instead of touring the south and then flying home, we would be taking a road trip across America.