Fermilab: The Neutrinos Passing Through Us

Today we took a tour of Fermilab where we learned about particle acceleration and the worldwide collaboration in the study of matter and energy.

Paula, a retired AP Physics teacher, was our fantastic tour guide. Our group had lots of questions and she did a great job of answering them. Anyone who could guide unruly high school students through AP Physics surely could deal with a bunch of 50+ year old tourists.

One of the things Paula talked about was the "Standard Model," which presents the fundamental particles. I took physics in school, but I had never heard of this. AsPaula said, this is to physics what the periodic table of the elements is to chemistry. 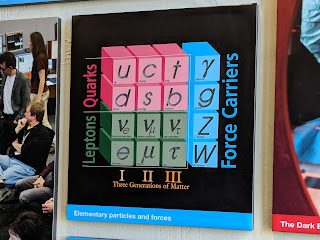 We learned about neutrinos, "a neutral subatomic particle with a mass close to zero and half-integral spin, rarely reacting with normal matter. Three kinds of neutrinos are known, associated with the electron, muon, and tau particle."

But what was REALLY cool was that these little particles are accelerated and then TRAVEL THROUGH THE EARTH and are collected and counted up in Minnesota! And some other places. Wow. Actually, there are neutrinos passing through us all the time from the sun (did I get that right?), which makes that whole, "Beam me up, Scotty!" not sound so outlandish.

The other interesting tidbit is that the Fermilab had the third web site on the world wide web. Let's be clear, we are not talking internet, but rather world wide web, meaning the graphical, user-friendly www that we all know and love. [The internet goes way back to the days of (D)ARPANET.] 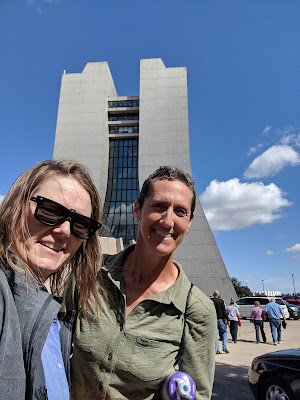 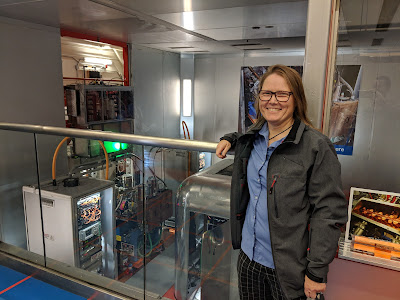 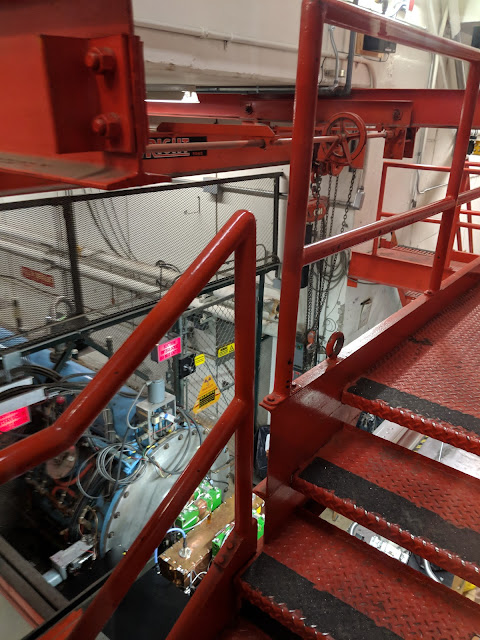 A Peek at the Accelerator (blue)

There was even a cancer treatment program at Fermilab, where electrons were used to treat cancer. The person who ran it, ironically died of breast cancer. 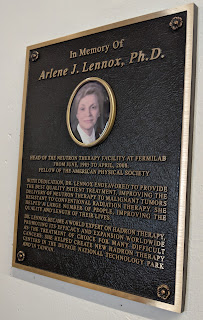 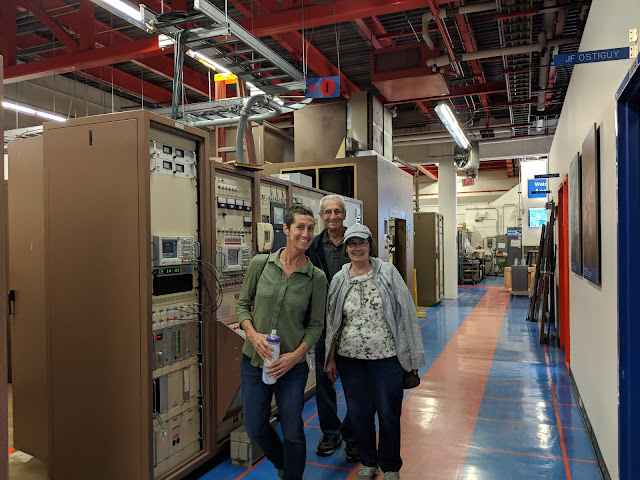 After the tour, we were pretty hungry, so we stopped by the cafe for a bite to eat. 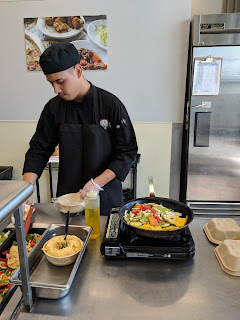 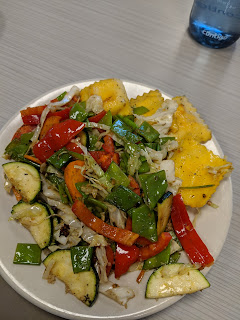 After lunch, we took a tour of the grounds. On the left, you see the power lines. And yes, those poles are specifically designed to look like pi. Turns out the original director, Robert Wilson, was all about art, nature, and the environment; you see his impact throughout...everything from the native prairie grasses to the Bison Bison (meaning pure bred bison) herd. On the right of the photo is a little blue building beside a mound of earth. This is all part of the accelerator. 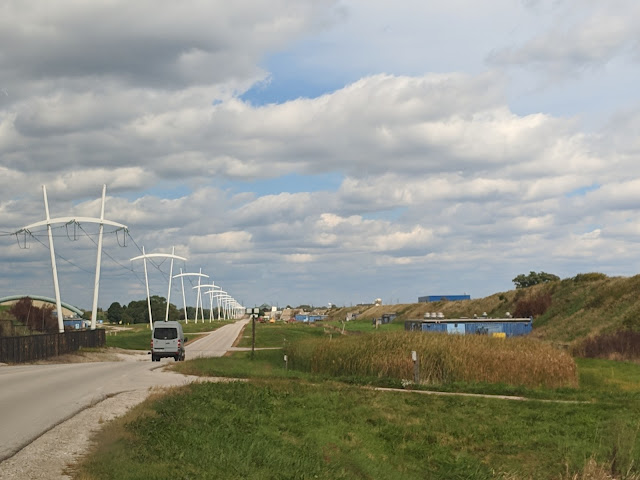 We ended up at the Lederman Science Center, which had some hands-on exhibits, a small gift store, and a Geocache. While in the store, I noticed a plaque honoring another woman-- once again, another person I have never heard of who made great contributions to science. 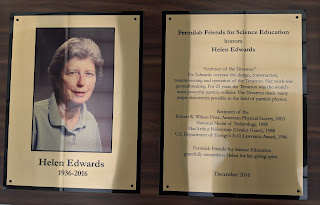 "Helen Edwards, one of the most vital contributors to the success of Fermi National Accelerator Laboratory over its five-decade history..."
at September 26, 2018