We had enjoyed the tiny house and all of its amenities, but it was time to move on. I noticed a really dry patch on my face, which was odd and Therese had gone to bed not feeling well. She woke up with a good case of congestion. As the morning progressed, she felt worse and worse. I kept asking, do you have a fever? Do you have sore throat? No. Just congestion.

We headed north. Temps were nice, hitting 75 degrees in north central Kansas, and we were loving the fresh air streaming through the windows. 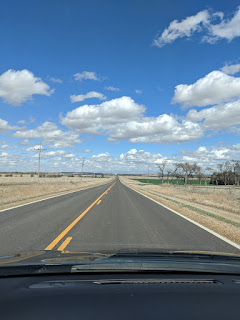 We passed Minneapolis, Kansas which according to the sign was the home of George W. Carver...he had gone to high school there.

We drove some more. And then, we weren't in Kansas anymore.

And the temperatures were dropping...in fact, they dropped about 40 degrees in an hour! 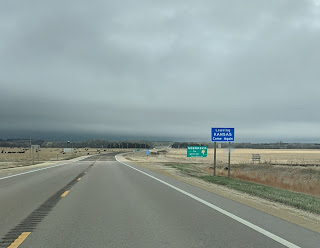 North Platte was to be our home for the next two nights. Therese really needed to rest and there was a BLIZZARD that shut down I-80. We checked into the Holiday Inn Express, which was one exit away from the gate that was closed across the interstate. Oh, and there would be no hot breakfast. 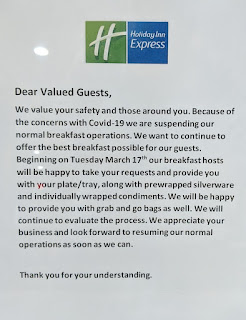 The next day, we woke up to about 15 degrees. It was cold, but after lunch I headed out for a trip to the park and some Geocaching. Or at least photo caching because I was not touching a container much less signing a log. Can you see the caches in these photos? Look carefully.

Remember the Halt spray from Amazon that was waiting for us in Dallas? That stuff, or just the threat of it, is pretty great. Seeing a pitbull type of dog charging me, I pulled out the spray and pointed at the dog. Turns out, someone was "running" their dog while driving their car through the park and when they saw what I was going to do, they got their dog under control. Great stuff.

I arrived back at the hotel and talked to Therese about that dry patch on my face. It was now hot and inflamed and was the size of a silver dollar. It did not look good and it was Friday at 4pm in a small town in Nebraska where there had been no reported cases of Covid-19. This was my chance to see a doctor!

Fortunately for me, Dr. Deb was in. Before she or the receptionist could get within 6' of me, I was clear about where I had travelled just to ensure that they were aware of any potential exposure. Dr. Deb was not too concerned and finally asked if I'd like her to wear a mask. Well, yes. I would feel terrible if I was the one who brought this virus to North Platte. She obliged somewhat grudgingly it seemed, took a look and said infection due to insect bite and prescribed antibiotics. Phew. Across the street to the Depot Drug Store I went for my prescription -- the door was locked and they came outside to serve you, where I waited with an old farmer for service. 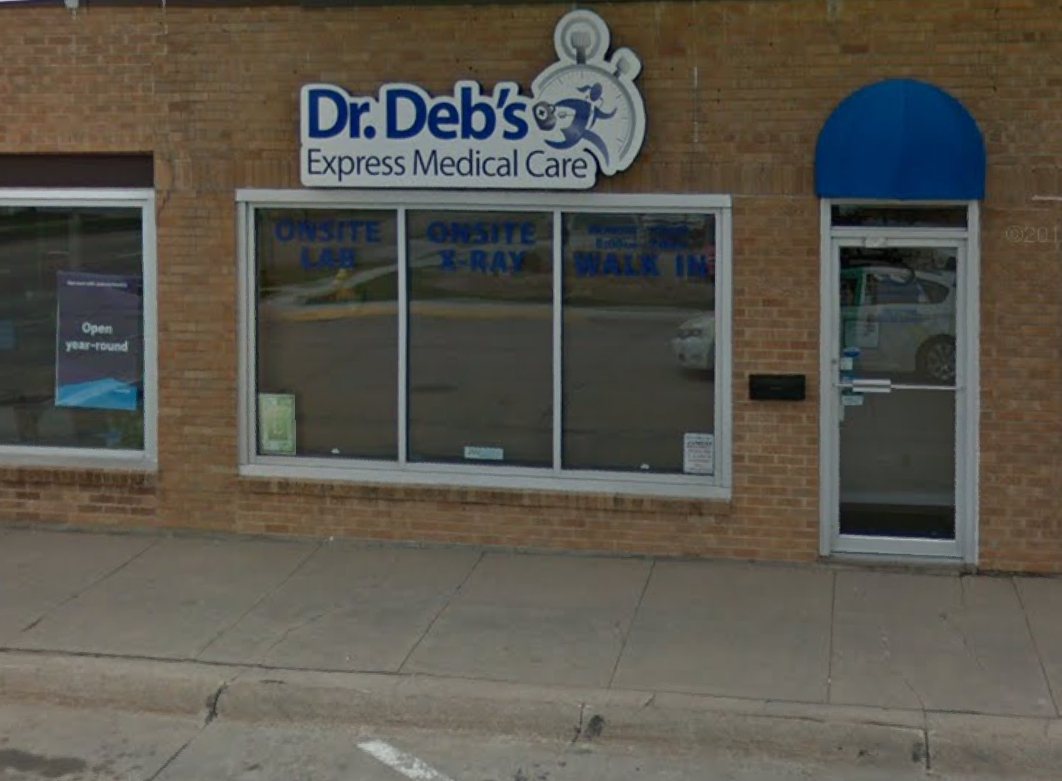